During our trip through the north of Madagascar, one animal species should not be missed: the highly endangered blue-eyed lemur (blue-eyed black lemur). After a long drive from Majunga, we stopped in a very local, but very clean hotel somewhere along the way. This should be where the blue-eyed lemur resides.

We have arrived in a small area in the northwest of Madagascar called Maromandia. This area is in between a dry and fairly humid climate, where the blue-eyed lemur can survive well.

A special quest in a special place, as it turns out the next day. The somewhat flamboyant owner of the hotel provides us with the necessary meals from arrival. “Grown up” in the catering industry on Nosy Be, she knows exactly what we can appreciate after a long journey and also knows how to surprise us the next morning.

The next morning, accompanied by a local guide, we look for what we came for; the blue-eyed lemur in the wild. Across the street, through the village, into the forest, off the paths. After only fifteen minutes from the hotel we find a couple, high up in the trees!

With the blue-eyed lemur you immediately see a clear difference between the male and the female. The female has a reddish brown coat and is gray-white on the underside. The male has a black coat, with a dark brown shine. Because of this dark coat you see what makes these animals so special extra good: the blue-gray eyes. Together with humans, they are the only primates with this eye color.

When we meet the couple, they are probably looking for food. They mainly do this in the morning and at dusk. They mainly look for food in tree crowns and eat fruits and leaves. But flowers, insects and mushrooms are also eaten.

The blue-eyed lemur plays a crucial role in seed dispersal. Because the seeds do not digest well, they are spread through the feces of the lemurs over the rainforest. Some plants have even evolved to be able to spread well by these lemurs. 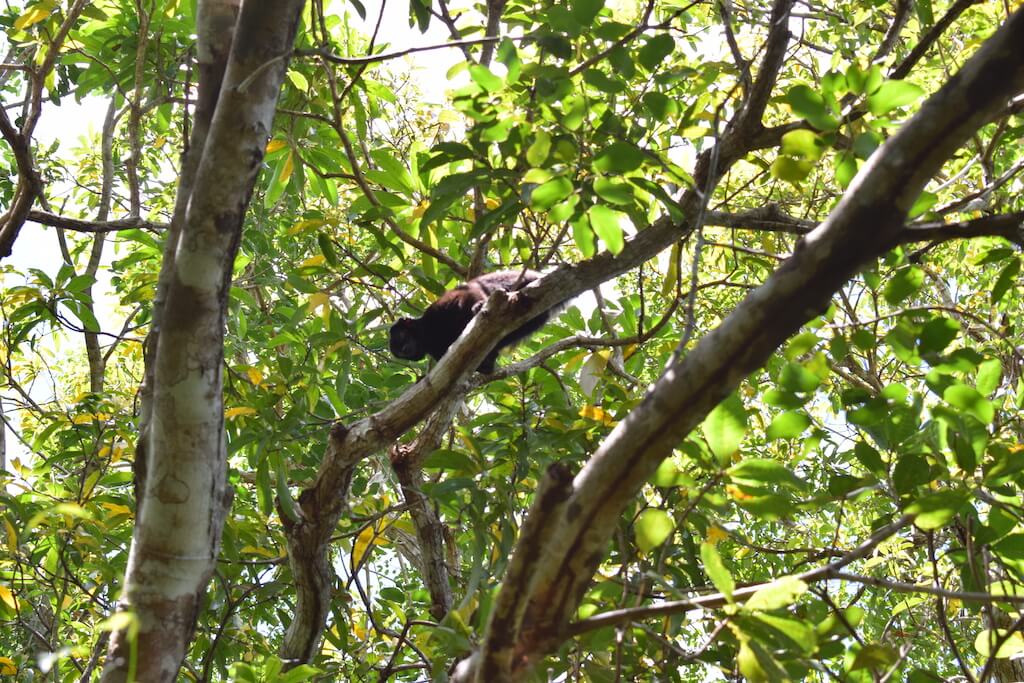 Almost the entire habitat of the blue-eyed lemurs is currently being cut down or burned to make agricultural land. In addition, the black-eyed lemurs are also hunted, for both meat and pets. It is currently estimated that up to 1000 of this animal species still live in the wild. As this number is deteriorating rapidly, this species has been included in the top 25 most endangered primates, achieving “critically endangered” status.

Do you want to admire these blue-eyed lemurs in real life? Then take a look at our tour through the North of Madagascar.